The Secret of Dr. Richter

In the Arctic a team of geologists discovers a Nazi warship that was thought to be lost: the Himmelsfaust, a gigantic steel colossus from the Third Reich, brimming with unimaginable destruction machines. On that ship scientists researched top-secret, war-critical weapons and created the Reichsflughaie: rocket-powered monsters whose pilots are genetically mutated, supernaturally endowed supersoldiers with supernatural powers.

Dr. Klaus Richter, the spiritual forefather of this experiment, is forced to stop his deadly army of the undead in order to save humanity and the planet Earth from the seemingly certain doom. His daughters Angelique and Diabla face the threat that their father set up 75 years ago …

Time does not heal all wounds!

“One of the most anticipated German horror movies”

1945, shortly before the war ended. Hitler tries to turn Germany‘s fate in every possible way. Recently published documents from the archives of various intelligence agencies let assume that the Nazis actually did research on large sea dwellers, like sharks, and with the help of genetically manipulated chemicals made them fly in order to use them as a last weapon against the Allies.

Countless scientists and experts from all over Europe were interviewed for this documentary, historical places that had hardly been entered by anyone in the last 70 years, were visited. More and more evidence had been put together to consider the question whether the last secret wonder weapon of the Nazis was indeed of biological nature.

Interview partners include internationally respected forensic biologist Dr. Mark Benecke and Swiss founder of the Ancient Astronaut Hypothesis, Erich von Däniken. Igor Witkowski, expert on weapons technology of the Third Reich, Dr. Ing. Olaf Przybilski, rocket scientist from the Institute of Aerospace Engineering at the TU Dresden, and local chronicler Klaus-Peter Keweloh, a genuine luminary when it comes to the myth of the V3 in Hillersleben, complete the ensemble of specialists.

In the idyllic small town of Baden-Baden, a valuable statue from the Middle Ages is unearthed during construction work. It is the figure of the Margravine Katharina von Baden (Desiree Nick). But no one suspects that the statue conceals a dark secret.

A troll, banished into stone, has been waiting for centuries to put its evil plan into effect. On solstice night, the troll will open a portal to another world and unleash upon the Earth the most hideous of creatures.

As a disguise, it possesses the body of an unsuspecting blonde, Vanessa Mayer (played by Eva Habermann), and turns her cousin Helga (Katy Karrenbauer) into its subservient slave…. Thus turning Vanessa into Vanessa Troll…

Only the scientist Dr. Fischer (Helmut Krauss) and the nosy neighbor Beatrice suspect that something is amiss, and try desperately to stop the troll.
Under ConTROLL is an homage to the 1992 horror film TROLL 2. The film is based on a Baden legend dating back to the year 1493, in which the medieval knight Burkart Keller has his breath stolen by a ghostly white woman in the woods.

MTP Filmstudio is responsible for the world sales! 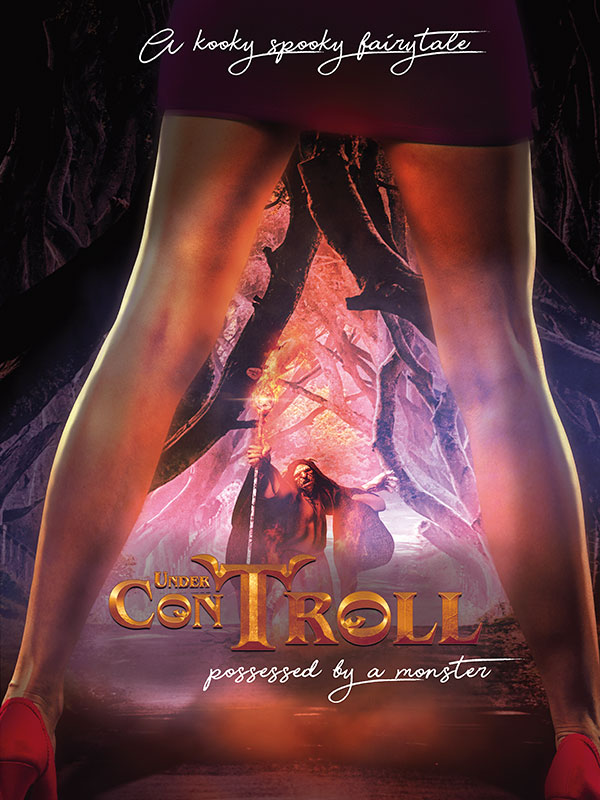 Deep in the remoteness of Alaska, miners blast a trapped organism free from the rock. The life form, which can form spores, finds its way through the sewers to the nearby small town of Grendossa. Just one sip of the cool liquid is enough for the fungus to eat its way into its host’s brain and turn them into an unthinking “Sporehead.”

When a tanker truck crashes and explodes, blasting away with it the bridge and road that lead to town, all connections with the outside world are cut. Seven people still uninfected, one of whom is local Sheriff Noah Davis, barricade themselves in a diner, facing ever more aggressive attacks by the many Sporeheads. But these attackers are no strangers. They are their children, parents and friends.

Which one of them is up to killing their own flesh and blood? Is the will to survive stronger than family ties? Or can a group of strangers ensure the safety and survival of everyone?

What started with a tiny spore quickly becomes a gigantic network from which it seems there is no escape.

Pilot for a series 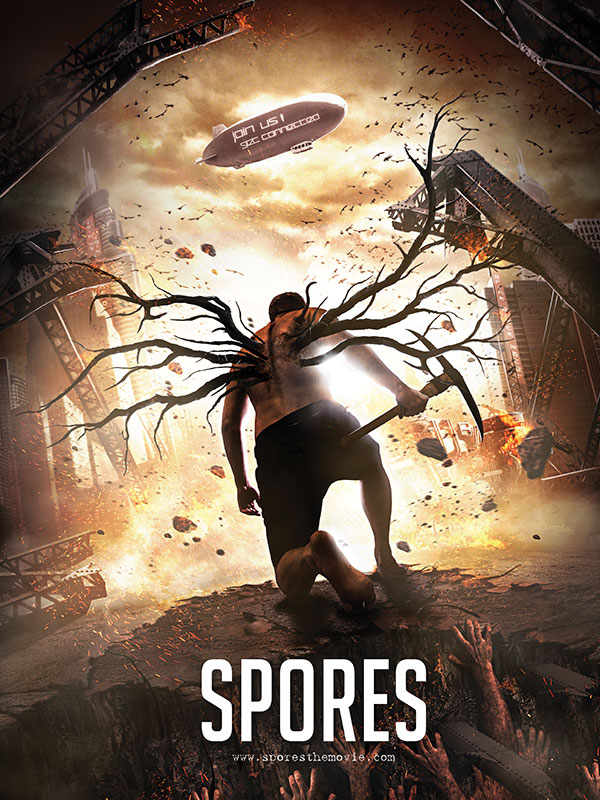 On the Continent of contrasts

Where and when began the first life and what sense has it to fight for life every day? How can the large number of different animals survive year by year under the burning sun of Tanzania and which of them has optimally suited to the circumstances of their habitat? What is driving the ancient people of Massai to hold on their habits and customs until the modern era? What makes the sunset of Zanzibar so uniquely and why do the islanders love the sea?

You can find the answer to this puzzle in a journey and so it goes through Tanzania.

From Africas tallest mountain, the Kilimanjaro and the park at it`s foot, the journey takes you to a collapsed volcano which hides a special secret.
The endless width oft he Serengeti National Park is a significant stage goal of the tour, which passes a great sea and the large Elefant Park – the Tarangire National Park. Finally it is proved by this excursion that the fisherman of Zanzibar have the most beautiful sunset day by day right at their front door and the richness in fish can easily compete with the biodiversity oft he National Parks. It should´nt only be noted the animals of the Parks, the life of the people of Africa offers a lot of material for exciting stories.

Take a look at this Country of contrasts which is only connected by longing.

Longing Africa – On the Continent of contrasts 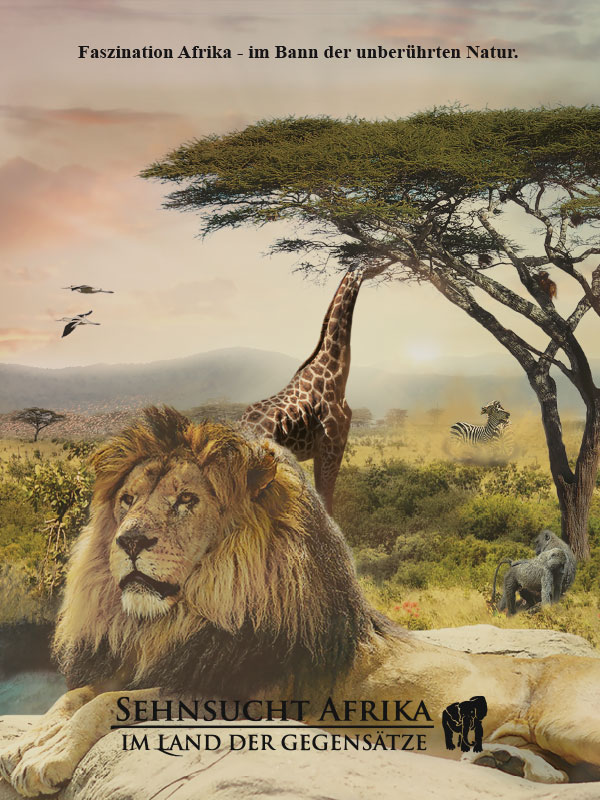 THE POWER OF SOUL

One man changed the world of music

The makers of this movie were accompanying the big players of funk & soul. It all started with an interview in Hanover and unfolded to one of the most intimate stories of the funk & soul era. Funk & Soul stars like Bobby Byrd, Clyde Stubblefield, Gwen and George McCrae get a word as well as Pharcyde and Kurtis Blow – representing the hip hop scene.

They all honor the king of soul – MR. JAMES BROWN – who has been a legend even at lifetime.

His majesty himself presents the world of funk & soul and his own contribution to it, like how he developed FUNK with the help of Mozart and J. S. Bach. It’s about the highs and lows of the Afro-American people and their bitterness, unloaded in the racial riots in those days. Even he, who made it from a street boxer to a millionaire, had to suffer from those discriminations. But his music finally overcame the obstacles of racial hate as well and from then on he was the ambassador of brotherhood. Funk & Soul was engraved into the hearts of people and is still celebrated with full enthusiasm – because this rhythm, you can not run away from!

With footage from live-shows, contemporary documents and very intimate interviews, the makers of this documentary were able to create a spellbinding chronic about a piece of music history. 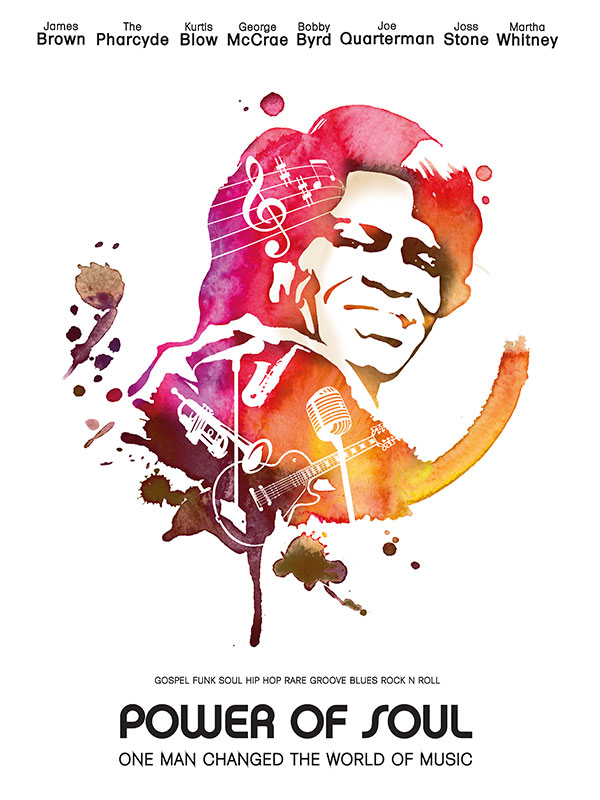 Once it was paradise

An archaeologist discovers an ancient artifact and scroll which starts a series of events that kills her several times over in various time periods, past lives and locations.

It seems that the artifact and scroll are linked to a gateway to hell. Various hellish creatures pour in throughout history, it looks like the gateway has been opened.
The archaeologist teams up with warriors and guides from the past to try and close the gate.

“Olaf Ittenbach – master of German Gore – is back! Bloodier than ever before!“ 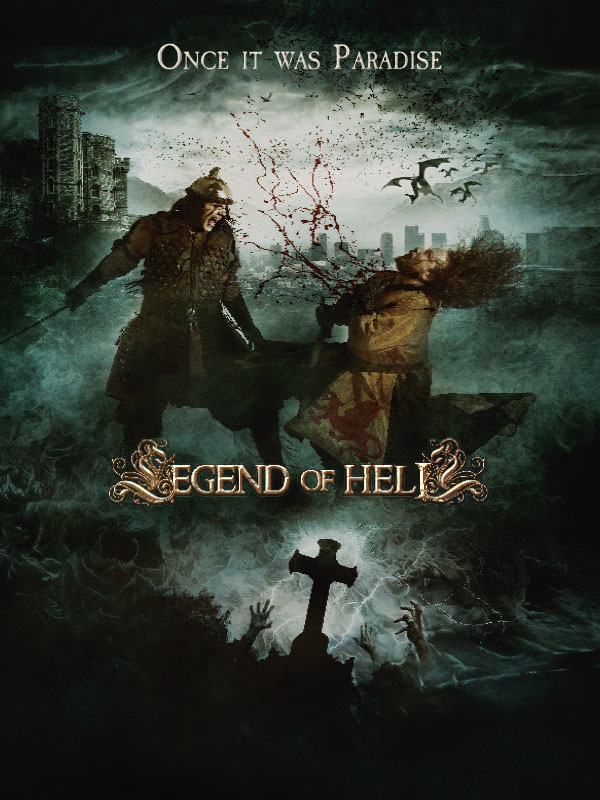 Three men had a mission – (But that doesn‘t matter!)

In the City Seclution, Big Boss has been ruling with an iron fist. His Son Christoph, a crazy musician with a fondness for big weapons, believes that he has to proove to his Dad that he can stand on his own two feet.

With his friends Smutje and Twoface, the rocking killerbees, Christoph tries to improve the easy, but brilliant instructions of his dad. They are supposed to steal a navigation chip for a long-range missile, that Big Boss wants to sell to an asian despot.

Of Course, the raid on the military convoi goes wrong, and now the whole world is hunting this little group – Now only a „pussytrick“ can help. 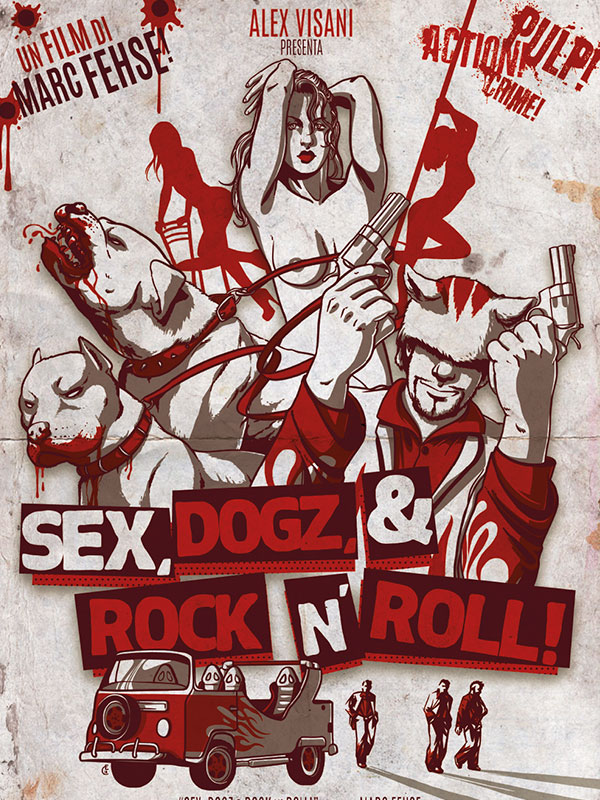 In the mountains of the Harz, the young scouts of the Polution Police spend their summer holidays. The “New” Nikolas, a roadie who can not even find himself in the role of a boy scout discovers a secret around the castle Falkenstein, in whose shadow stands the youth camp.

First alone and then with the help of their new friends Annika, Melissa and Linus, they discover a secret that made its terrible start 100 years ago during the First World War. Now, the dark comes out of the shadows of the past and the Boy Scouts have to face the adventure of their lives.

Friendship, loyalty and virtue stand against evil and will show us that you can do anything in a strong community. 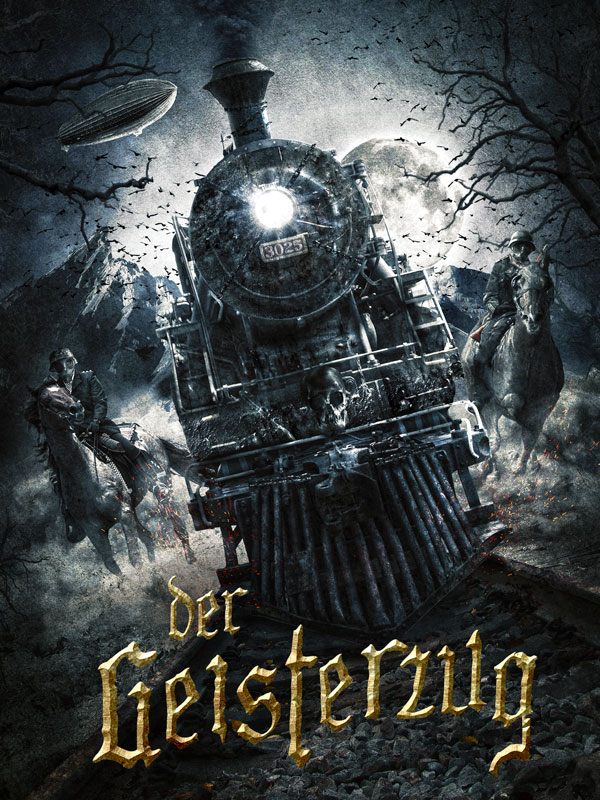 The amazing journey of discovery about life

In exciting Images we take the viewer on a journey around the world. We go along with you from the mesas of Venzuela, to the reefs of the red sea, till the smallest insects.

We show you, that it is worth it, to open the eyes for the things that surround us. In Addition, we deal with our urban society and living environment.

With vivid electro beats, fast cuts and timelapses we show you the fast-paced Cosmos, in which apparently no unison between nature and humans can exist… 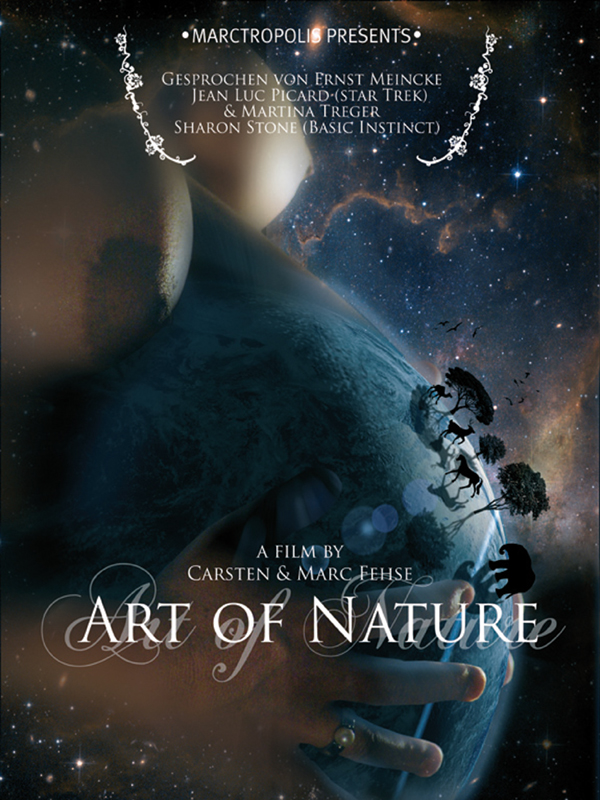